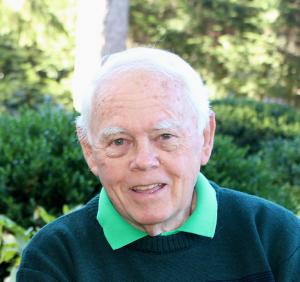 John Thomas “Jack” Donahue of Upton and formerly of Hopkinton, passed away on August 9, 2022 at the age of 89 after a battle with Alzheimer’s Disease. Born on September 18, 1932, Jack was the middle child of James and Helen Donahue of Southborough. He was a 1950 graduate of St. Peter’s High School and a 1955 graduate of Northeastern University. Jack spent ten years in the US Army Reserves, ascending to the rank of Captain.

Jack is predeceased by his parents, brother Edward and son James. He is survived by his wife Louise of Upton, with whom he shared 54 years of marriage, sister Mary Foley of Marlborough, children Patricia Lavoie and her husband Michael of Upton, John Donahue and his wife Erin of Northbridge, Thomas Donahue and his wife Adelaide, of Milford, David Safstrom and his wife Shirley of Roswell, Georgia as well as his grandchildren Megan, Colleen and Chris Lavoie, Emma, Lillian and Jack Donahue and Matt and Tim Donahue.

Jack was an original partner at McCarthy Pools Corporation in Southborough where he managed the business operations for over 55 years, until retiring in 2015. A long time Hopkinton resident, Jack was active in the community. He is a past president of the Hopkinton Little League, former Trustee of the Hopkinton Library and was involved in many programs at St. John the Evangelist Church.

We will all miss his smile, laugh and genuineness. The family would like to thank the staff at Oasis at Dodge Park for the wonderful care they gave Jack while he was a resident at the facility.

Calling hours will be held Thursday, August 18, 2022 from 9-10:30 a.m. at the Callanan Cronin Funeral Home, 34 Church St. A Funeral Mass will be celebrated at 11:00 a.m. in St. John the Evangelist Church. Burial will follow in Evergreen Cemetery, Hopkinton.

In lieu of flowers the family encourages donations be made to the Shriner Hospitals for Children, PO Box 947765, Atlanta, GA 30394 or LovetotheRescue.org.