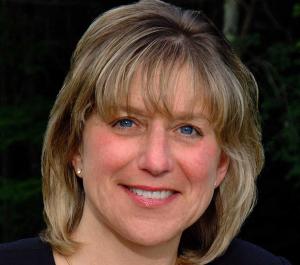 Confirming the need for engaged and steadfast leadership during challenging economic times, Senator Karen Spilka (D-Ashland) was re-appointed the Senate Chair of the Joint Committee on Economic Development and Emerging Technologies by Senate President Therese Murray yesterday. Having served for the past two years as Chair, the appointment means that Senator Spilka will serve in that capacity for another two year term.

“I am honored to serve once again as Senate Chair of the Joint Committee on Economic Development and Emerging Technologies,” stated Senator Spilka. “We are at a crucial point in our economic development efforts to continue our recovery and ensure that businesses all over the state can put out the ‘Help Wanted’ sign again. I look forward to continuing my efforts – in understanding the needs of businesses, in developing a statewide plan for science, technology, engineering and mathematics (STEM) education, and working with individuals who are unemployed or underemployed – to grow our economy and create jobs. I am proud of the results I have produced for my district and the Commonwealth, and am looking forward to getting back to work.”

Senator Spilka’s achievements while Chair of Economic Development include the passage of an economic development reform law that revolutionizes the way the state does business, increasing capital for small businesses so they can hire more workers, making it easier for businesses to get the help they need from the state to start or grow here, and establishing a streamlined, cohesive economic development model with built-in oversight and transparency to reduce redundancy and waste. Included in this initiative was the creation of the Mass Marketing Partnership, which will better market Massachusetts both within the United States and abroad to attract global businesses. Also included was the development of a MetroWest Tourism and Visitors Bureau, which will promote the cultural and natural attractions of this growing and vibrant region.

Senator Spilka also oversaw the passage of important legislation on clean energy and broadband access expansion. Last session, she conducted a statewide listening tour to hear the concerns of businesses and workers. Many of the ideas discussed in these sessions were included in the economic development reform bill.

Prior to her appointment to the Economic Development and Emerging Technologies Committee, Senator Spilka was named the first Senate Chair of the Joint Committee on Children, Families and Persons with Disabilities upon her election to the Senate in 2005.